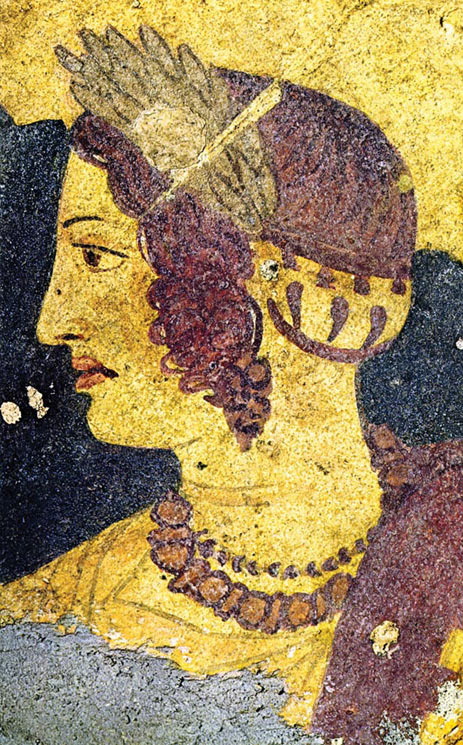 Velia portrait from the Tomba dell’Orco I in Tarquinia. IV century b.C.

In the Etruscan world, women, unlike their contemporaries in Greek civilization, enjoyed great freedom. The Greek authors disapproved of this fact and spread malicious comments about the moral customs of Etruscan women.

Whilst Greek women lived in a position of submission to their husbands and spent most of their time shut up in their homes, Etruscan women were entitled to take part in all public events, at banquets they sat next to their men on convivial couches, they could dress unconventionally and they were educated.

Evidence of this prominent role is the custom of identifying people by their mother’s name alongside that of their father. In the last phase of Etruscan history, when Greek cultural influence made itself felt more strongly in the arts and in customs, Etruscan women lost part of their independence.