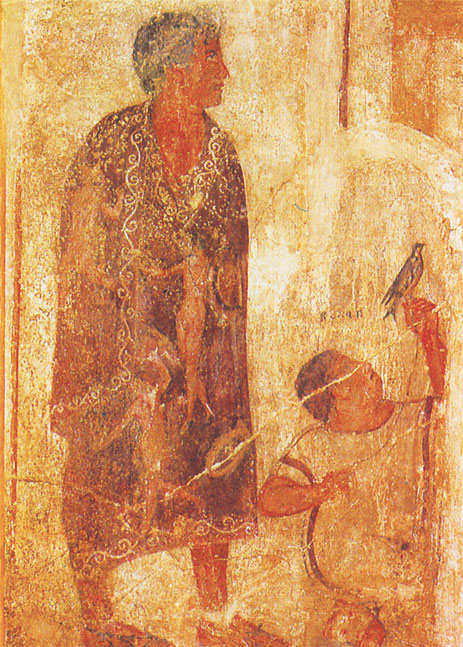 Typical of the Etruscan social order was the great level of importance given to the rulers, which was shown in the solemnity of the ceremonies underlining their public actions. The form of the state was oligarchic, with collegial bodies of government, with the highest magistrate, the lucumone, being elected for a pre-established period from the noblest families. On the other hand, the monarchic system, which was the most widespread in the archaic period, continued in some cities.

The lucumone combined the role of civil, military and religious chief. The symbol of his authority was a fasces of rods with an axe in the middle. Other symbols of power were a golden crown, a sceptre, a purple mantle and an ivory throne. Little is known about the social divisions of the Etruscan world: we can distinguish between a class of masters, divided between the aristocracy and the merchant class on the one hand and a servile class, divided between free men and slaves. The servile class never had the possibility of intervening directly in running the state and gained only marginal advantage of the wealth of the affluent classes. This clear-cut separation represented a factor of weakness in times of crisis, undermining the bases of that social cohesion necessary to resist external dangers.