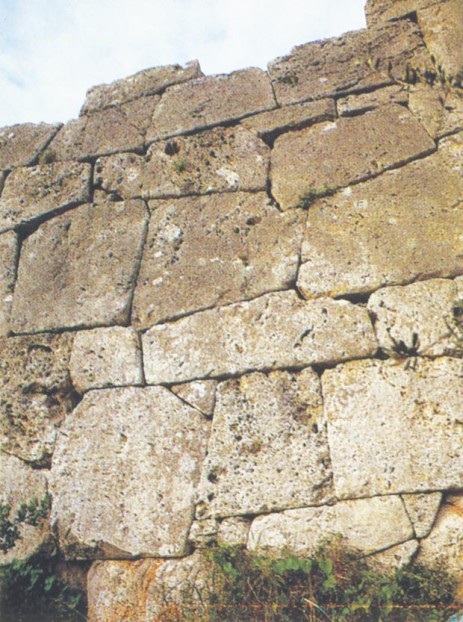 For their defence, the first Etruscan towns trusted in the inaccessibility of their locations, with sites on high ground on rocky spurs often being chosen, and in the intricate maze of the alleys of the inhabited areas. During the 6th and 5th centuries BC, the walls surrounding the major cities were very simple in design. Large square blocks were put on top of one another and the wall merely marked the limits of the city.

The weakest points, such as the gates, were reinforced by the presence of towers. The Etruscans remained faithful to this antiquated conception and did not follow the developments, which can be dated to the 4th century BC, of military architecture, according to which walls were built according to requirements of defence. The consequence was that their cities became very vulnerable to attacks from the culturally more advanced populations living in the centre and south of the Italian peninsula.