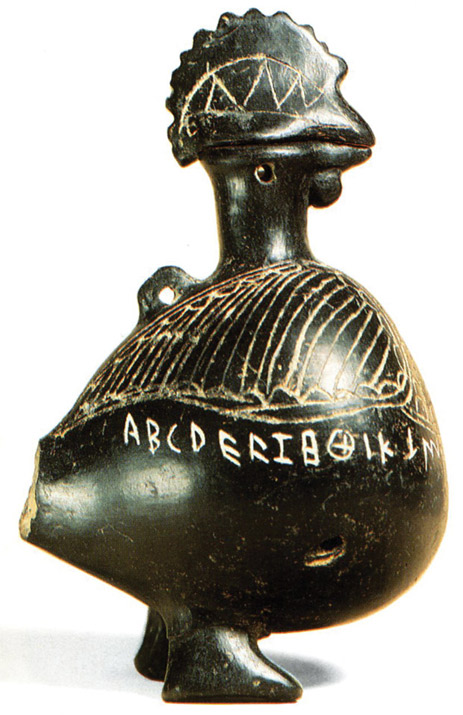 The incomprehensible nature of the language has contributed to the creation of an aura of fascination and mystery around the Etruscan civilization. In fact, although the alphabet is clearly derived from the Greek one, the Etruscan language appears to scholars as isolated in the historical context.

The dissatisfactory level of knowledge, which prevents us from inserting it in a specific linguistic group, contributes to creating uncertainty regarding the origin of the Etruscan people. For more than four centuries, from the 15th century to the present, experts of linguistics and simple enthusiasts have tackled the fragmentary Etruscan texts that have come down to us.

Today we can say that the enigma of the Etruscan language has been at least partially solved, insofar as we know its phonetics, the meaning of many words and we can reconstruct some of the grammatical rules. If the level of our knowledge allows us to understand the meaning of the texts in our possession, it is equally true that we are incapable of reconstructing their exact literal meaning. It is not a question of finding a key of interpretation for a sudden full comprehension of the Etruscan language, but of studying in depth the level of analysis of the material we have at our disposal.