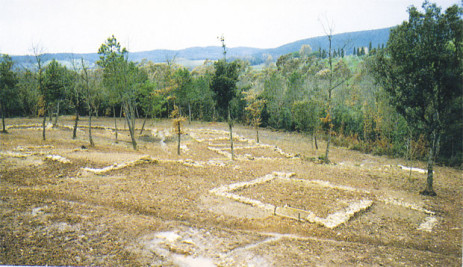 The materials used to build the homes of the popular class did not differ greatly from those used for the dwellings of the noble classes, namely stone foundations with clay or unbaked brick walls, supported by a wooden framework. The houses were built side by side and grouped together; the rooms were small and buildings low.

According to religious precepts, the streets should have intersected at right angles. In actual fact, as the cities were often built on rises, this was impossible and the inhabited areas took shape adapting themselves to the characteristics of the location, giving rise to an entanglement of narrow winding alleys.