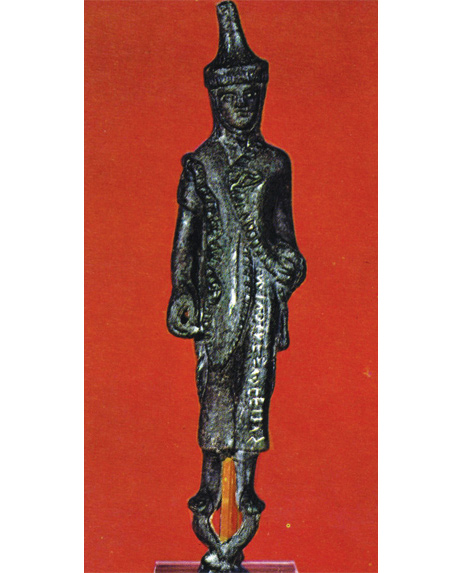 The priests were the guardians of the doctrine and intermediaries between men and the gods. This caste played a very important role in the civil and religious guidance of the Etruscan communities. The priests had a particular costume, including a high semi-conical hat, and carried a stick curved at one end. They were divided into counsels and took part in all public activities, which for the Etruscans had a strong sacred significance. The scriptures consisted of books containing a complex and codified system of ritual rules.

The main ones concerned: the interpretation of the entrails of animals, carried out by the Haruspices, the interpretation of lightning, carried out by the Augurs and the rules of behaviour to be followed in daily life. At the basis of Etruscan religious discipline was the division of the heavens into sixteen compartments: the dwelling-places of the gods. The favourable gods were in the east and the unfavourable ones in the west.

Thus, as far as divination is concerned, every atmospheric event could be translated into a message from the divinity who dwelled in that place. Depending on the event, it could be an order, a good or an evil omen, or a sign of anger or discontent. This system of compartments was also reproduced on the livers of sacrificed animals, of which bronze models have come down to us: the will of the gods was deduced from the observation of their physical characteristics.