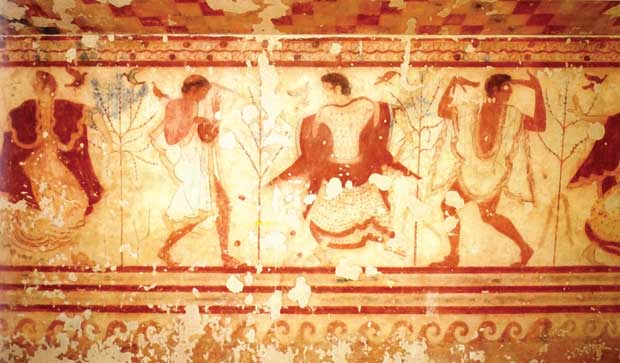 The Etruscans played percussion, string and wind instruments, in particular the flute in all its various forms, although the double flute was considered the national Etruscan instrument. They greatly appreciated music and it accompanied all their daily activities: working, eating, civil and religious ceremonies.

Even on the battlefield the movements of the troops were directed by the sound of trumpets. Music often accompanied the rhythmical movements of dancers, both male and female, whose dancing was not only for entertainment but could also be a ceremony linked to propitiatory rites or funerals.

Music was also part of dramatic performances of more ancient origin, with mime by masked actors-dancers. From the IV century BC, drama with dialogue became common, inspired by Greek theatre.