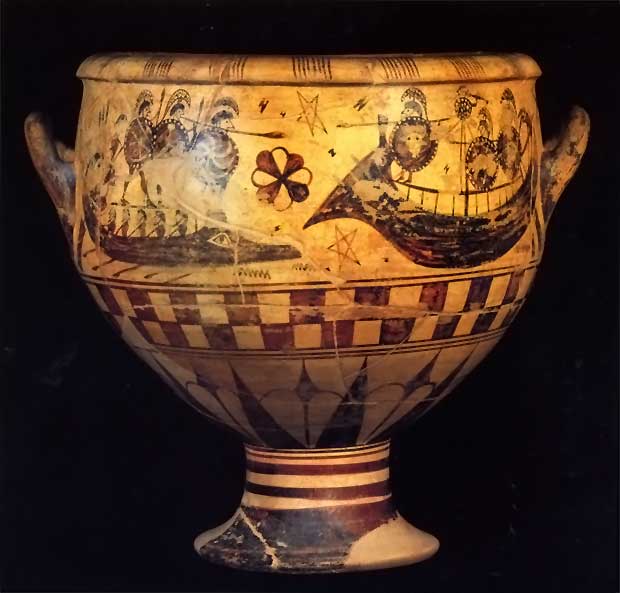 The warships, long and streamlined, moved forward by the force of oarsmen in one or two rows and the wind was used as an auxiliary driving force. The war galleys could be up to thirty metres in length and in the most ancient times they had no bridge; later, they had an upper bridge for the sailors and soldiers.

A rostrum was inserted on the prow which skimmed the surface of the water. This was used in fighting to ram enemy galleys. At sea, the combat technique was that of manoeuvres and ramming. Success therefore depended on the skill of the crews and the strength of the oarsmen. When the vessels came close together, there was a heavy launching of projectiles, at times in flames; when the ships were side by side, the crews tried to strike one another using long lances.

There was boarding and hand to hand fighting when contingents of foot soldiers were on board and when the aim was to capture an enemy ship and its cargo. During the winter, naval operations were suspended, but the disaster of entire fleets destroyed by a storm was not infrequent.