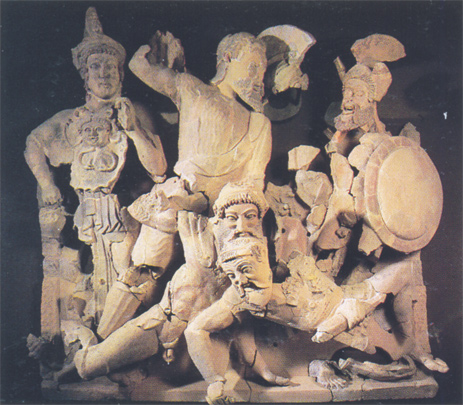 At the basis of the Etruscan religion there lay the fundamental idea that the fate of men was completely decided by the gods, mysterious and undefined supernatural beings. All natural phenomena, such as thunder or the flight of birds, were therefore an expression of divine will and contained a message to be interpreted in order to comply with the wishes of the gods. With this conception as their driving force, the Etruscans built up a complex system of codified ritual that they followed with extreme scrupulousness, to the extent that they became famous with other ancient peoples for their religiousness. From the 8th century BC, as contacts with Greek culture became more intense, there began a process of harmonization with the divinities of the Greek Olympus. However, this process did not lessen the specificity of the religious sentiment of the Etruscans and the sense of complete annulment of man before divine will.