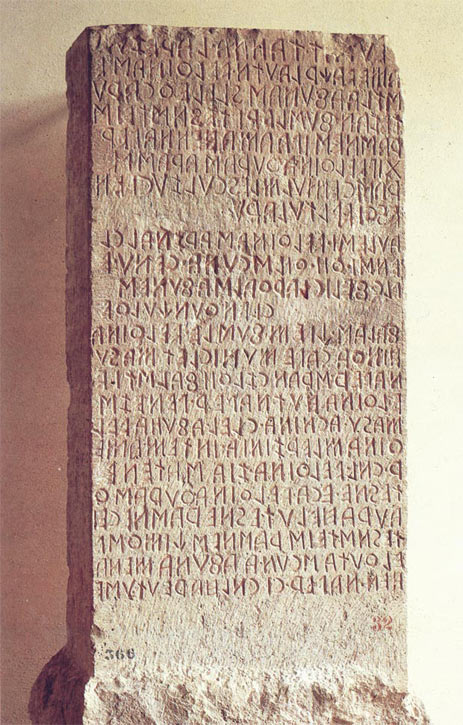 The total absence of Etruscan written profane texts and the fragmentary nature of the religious texts that have come down to us prevents us from gaining more than a very superficial knowledge of Etruscan culture. The loss of the literature of an entire people is a highly tragic event. By the first centuries of the Christian era, the Etruscan language was known only by a few scholars and with the end of the classic civilization even the memory of it was lost, and with it the possibility of handing it down to the present.

If from the quotations of a few classic authors we can be certain of the existence of an Etruscan historical literature, we cannot say the same regarding epic narrative, which was probably alien to the thinking of that people. However, we possess a large amount of documentation, although rarely direct, on Etruscan religious literature, which also had an ethic-juridical value. The sacred texts were divided into books which contained the rules of divination, the religious calendar, the rules of behaviour in daily life and public events.

Of great curiosity and scientific value was the discovery of a fragment of an Etruscan religious text mentioning detailed rituals and prescribed rules of conduct on strips of cloth used as a wrapping for an Egyptian mummy.