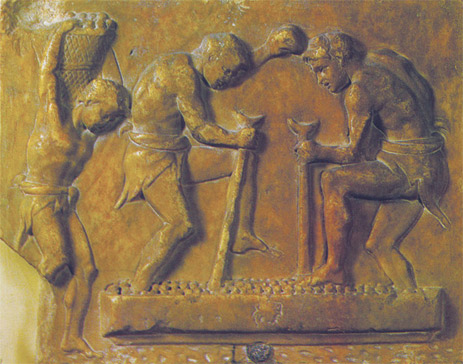 Like all ancient civilizations, the Etruscans also used slaves for their labour force, and they provided low cost manpower that could nevertheless also be highly specialized. The slaves were men and women who had no civil or political rights but were considered objects of property.

The commonest occupations in the cities for them were as domestic workers in the homes of the aristocratic class, or they worked in the craft workshops; in the country, they worked in agriculture or in the mines, extracting metals.

The main sources of slaves were wars and raids in enemy territory. The slaves were not usually ill-treated as they were considered valuable goods and the death of a slave was seen as a serious economic loss.