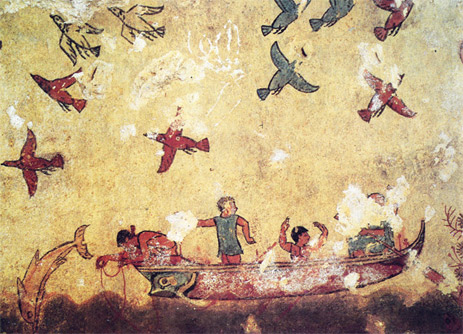 The popular quarters were inhabited by the servile class: these were free men and women, who enjoyed civil rights such as property, but who did not play a part in the political leadership of the country. Today we can identify them in funeral inscriptions as their names do not contain any mention of the family group they belong to, as was the case of the noble classes.

The servile class, from the 4th century BC, was at the origin of social tumult, with the aim of obtaining political rights, claims that at times had violent epilogues with the intervention of the Romans to restore the established order.