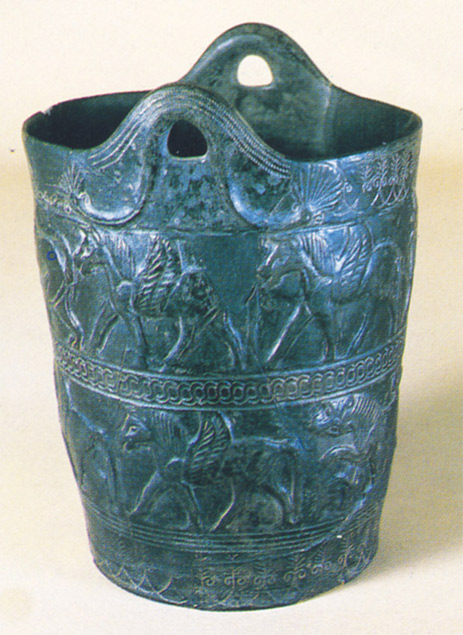 Placed in a pivotal region for trade between the Orient and the West, the Etruscans were able to fully exploit this advantageous position. With the control of the Tyrrhenian Sea ensured by their fleet, Etruscan merchants were as famous as the Greeks or Phoenicians to the peoples living along the coasts of the Mediterranean.

The overland commercial routes leading to the north of Europe were also covered by Etruscan merchants who thus acted as intermediaries between the advanced civilizations of the eastern Mediterranean and the lesser developed peoples of the west and the far-off north. The products for which the Etruscans were best known were wine, vases, including bucchero ware, bronze arms and treasures.

To make trade and the movement of troops easier, the Etruscan territories were covered by a dense network of roads, some of which were built with complex engineering works. Taking these roads towards the north, the Apennines could be crossed to reach the plains of the Po Valley; towards the south, they linked Etruria with Etruscan Campania and the flourishing cities of the south of Italy.