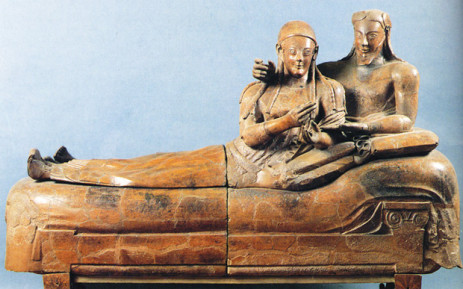 The ruling class in the Etruscan city-states was made up of an aristocratic class, which came into being in remote times from rich families, both of Italic and non-Italic origin, who held the most important levers of power and from a growing class of merchants and landowners who aspired to join the ruling oligarchy.

From inscriptions, we can recognize the members of the noble class because their personal name was always accompanied by the name of their family group. The noble class was at the origin both of the expansion and decline of the Etruscan civilization.

Capable of great impetus in archaic times and up to the 5th century BC, it was not able to accept the technological and social developments that marked the historical evolution of the more advanced ancient civilizations, thus condemning their culture to decadence.